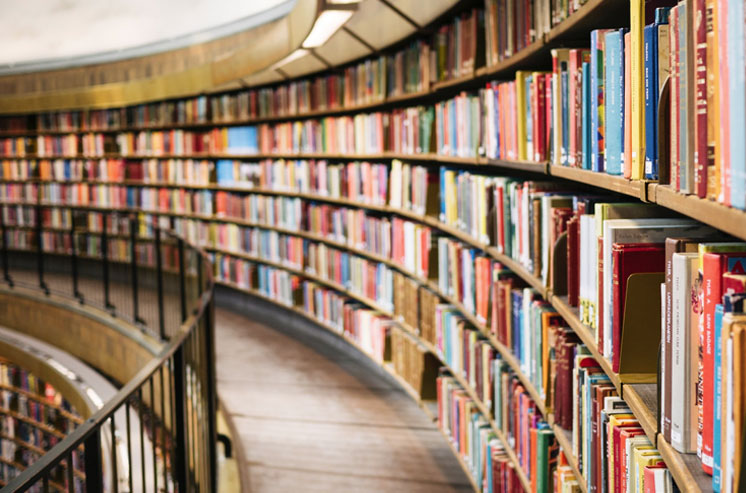 Summer is looming in the Northern Hemisphere, and those who love to read are happily planning which books to take to the beach or wherever they will vacation.  But no matter what hemisphere you live in, you may want a pile of good books nearby, ready for when you have the time to read.

I knew that the members of the African Library Project Board not only want to provide books for African children to read, they also like to read books about Africa, so I asked them to give me their favorites.  I learned about a number of novels and young adult fiction that sound quite intriguing.  I hope you will check out the list and find some books that you would like to add to to the pile of books by your bed.  Happy Reading!

Looking for children’s books? Check out the award-winners from Africa Access.

Things Fall Apart (Chinua Achebe) — Told through the fictional experiences of Okonkwo, a wealthy and fearless Igbo warrior of Umuofia in the late 1800s, the novel explores Africa’s cataclysmic encounter with Europe as it establishes a colonial presence on the continent.

Half a Yellow Sun (Chimamanda Ngozi Adichie)—Alongside five unforgettable characters, we experience the promise, hope and disappointment of Biafra’s impassioned struggle to establish an independent republic in southeastern Nigeria during the late 1960s. Also, check out her more recent and more well-known Americanah.

Changes: A love story (Ama Ata Aidoo)—An educated and career-driven woman, Esi decides to divorce her husband. Though her friends and family remain baffled by her decision, Esi holds fast. When she falls in love with a married man—wealthy, and able to arrange a polygamous marriage—the modern woman finds herself trapped in a new set of problems.

The Healers (Ayi Kwei Armah) – The novel depicts Ghanaian/Ashanti civilization at a moment of confrontation with Europeans encroaching on their independence. Exploring slavery within African society and as practiced by Europeans, it provides insight into the African way of life where traditional living in unity is harshly fragmented. Good versus evil, manipulation versus inspiration, creativity versus destruction and unity versus dis-unity are all themes in The Healers.

The Power of One (Bryce Courtney) In 1939, the seeds of apartheid take root in South Africa. There, a boy called Peekay is born. His childhood is marked by humiliation and abandonment, yet he vows to survive and conceives heroic dreams–which are nothing compared to what life actually has in store for him. He embarks on an epic journey through a land of mysticism and modern prejudice where he will learn the power of words, the power to transform lives, and the power of one.

Nervous Conditions (Tsitsi Dangarembga) — Voted in the Top Ten Africa’s 100 Best Books of the 20th Century. Through its negotiation of race, class, gender and cultural change, it dramatizes the ‘nervousness’ of the ‘postcolonial’ conditions that continue to this day. In Tambu and the women of her family, we can see the lives of African women, whether at home or displaced, doing daily battle with their changing world with a mixture of tenacity, bewilderment and grace.

What is the What (Dave Eggers) –Based on the life of Valentino Achak Deng, the novel tells the story of Deng, who along with thousands of other children —the so-called Lost Boys—was forced to leave his village in Sudan at the age of seven and trek hundreds of miles by foot, pursued by militias, government bombers, and wild animals, crossing the deserts of three countries to find freedom. When he finally is resettled in the United States, he finds a life full of promise, but also heartache and myriad new challenges. An astonishing novel.

The House Gun (Nadine Gordimer) – Set in post-apartheid South Africa. The respected executive director of an insurance company, Harald, and his doctor wife, Claudia, are faced with something that could never happen to them: Their son, Duncan, has murdered a man. In this powerful and disturbing anatomy of a murder, Nadine Gordimer examines the effect of violence on the complicated web of love that holds together parents and children, friends and lovers.

Homegoing (Yaa Gyasi) — Two half-sisters are born into different villages in Ghana, each unaware of the other. One will marry an Englishman and lead a life of comfort in the palatial rooms of the Cape Coast Castle. The other will be captured in a raid on her village, imprisoned in the very same castle, and sold into slavery. Homegoing follows the parallel paths of these sisters and their descendants through eight generations: from the Gold Coast to the plantations of Mississippi, from the American Civil War to Jazz Age Harlem.

When Rain Clouds Gather (Bessie Head) — Inspired by her own traumatic life experiences as an outcast in apartheid South African society and as a refugee living in Botswana, Head’s tough and telling classic work is set in the poverty-stricken village of Golema Mmidi, a haven to exiles. A South African political refugee and an Englishman join forces to revolutionize the villagers’ traditional farming methods, but their task is fraught with hazards as the pressures of tradition, opposition from the local chief, and the unrelenting climate threatens to divide and devastate the fragile community.

All Our Names (Dinaw Mengestu) — Fleeing war-torn Uganda for the American Midwest, Isaac begins a passionate affair with the social worker assigned to him. But the couple’s bond is inescapably darkened by the secrets of Isaac’s past: the country and the conflict he left behind and the beloved friend who changed the course of his life and sacrificed everything to ensure his freedom. A love story for our time.

Women are Different (Flora Nwapa) — The moving story of a group of four Nigerian women, from their school days in 1945 together through the end of the colonial period, to independence in 1960, the civil war in 1967-1970 and into the 1970s.  It provides insight into the lives of urban Nigerian women, the choices they make and the consequences of those choices.

Ghana Must Go (Taiye Selasi) — A renowned surgeon and failed husband, Kweku Sai dies suddenly at dawn outside his home in suburban Accra. The news of his death sends a ripple around the world, bringing together the family he abandoned years before. The narrative, which takes readers from Accra to Lagos to London to New York, is at once a portrait of a modern family and an exploration of the importance of where we come from to who we are.

A Grain of Wheat (Ngugi wa Thiong’o) — Set in the wake of the Mau Mau rebellion and on the cusp of Kenya’s independence from Britain, A Grain of Wheat follows a group of villagers whose lives have been transformed by the 1952–1960 Emergency. As we learn of the villagers’ tangled histories, an engrossing story unfolds in which compromises are forced, friendships are betrayed, and loves are tested.  The Nobel Prize-nominated Kenyan writer’s best-known novel.

Aluta (Adwoa Boate) — For eighteen-year-old Charlotte, university life is better than she’d ever dreamed — a sophisticated and generous roommate, the camaraderie of dorm living, parties, clubs, and boyfriends. Most of all, Charlotte is exposed to new ideas, and in 1981 Ghana, this may be the most exciting – and most dangerous — adventure of all.

Akata Witch (Nnedi Okorafor) — Affectionately dubbed “the Nigerian Harry Potter,” Akata Witch weaves together a suspenseful tale of magic, mystery, and finding one’s place in the world.  Twelve-year-old Sunny lives in Nigeria, but she was born American. Her features are African, but she’s albino. She’s a terrific athlete but can’t go out into the sun to play soccer. There seems to be no place where she fits in. And then she discovers something amazing—she is a “free agent” with latent magical power. Soon she’s part of a quartet of magic students, studying the visible and invisible, learning to change reality. But will it be enough to help them when they are asked to catch a career criminal who knows magic too? Also, check out her book Zahrah the Windseeker.

From Somalia with Love (Na’ima Robert) — Safia has grown up believing her father died in the fighting in Somalia. When she finds out that he is alive and on his way to London to join the family, she is apprehensive about the difference his presence will make in her life. Though she is comfortable with her identity as a Muslim, she struggles with how her values differ from those of her rebellious brother and cousin. Her father is not prepared for his family’s hybrid British-Somali culture, which causes a great deal of conflict. Safia must learn to cope with the new dynamics in her home and learn to love a father she has never known.