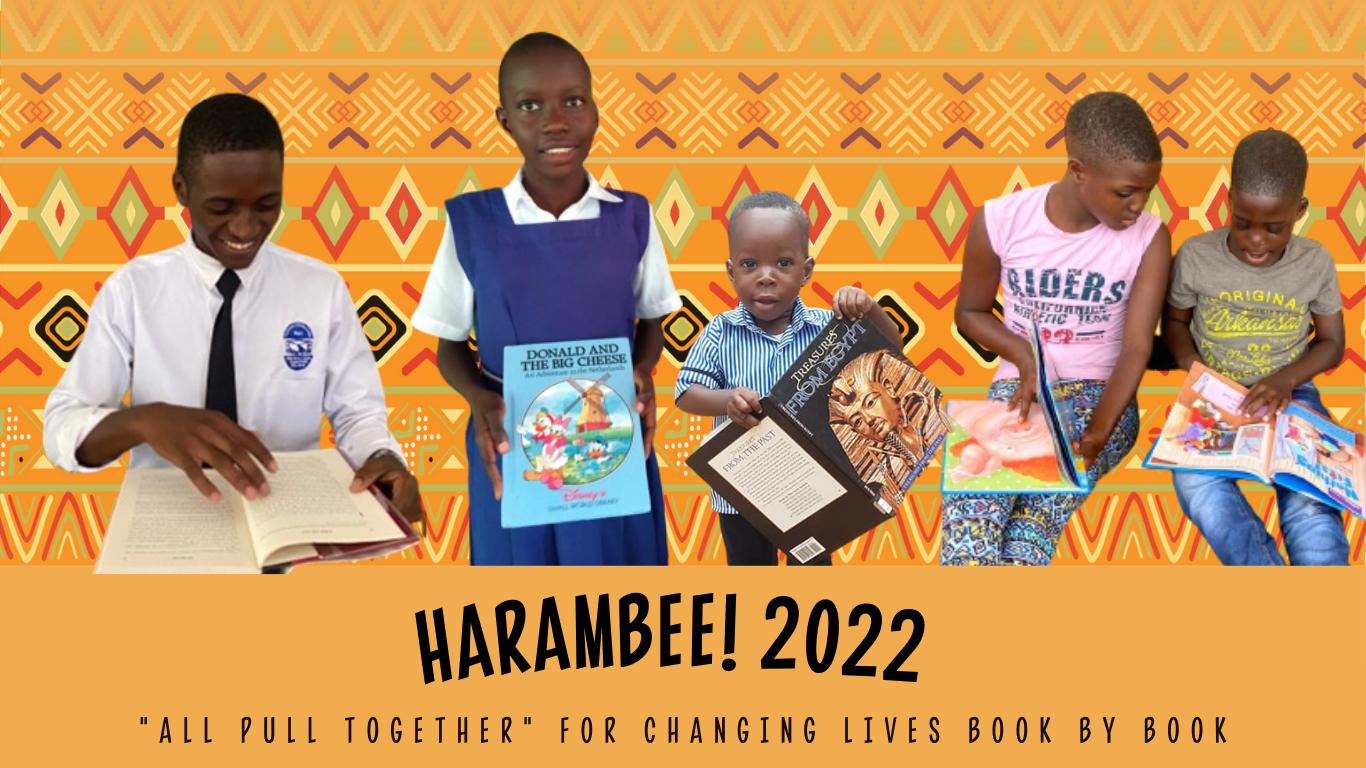 Over the last two years, Harambee! has been a virtual event due to the pandemic. And while we are thrilled to be hosting an in-person event again in the Bay Area, we know and understand that not everyone in our community lives in the vicinity of the Bay Area. To extend Harambee! to our entire community, we will be including 20+ in an online silent auction. What this means is that these items will be up for bid prior to the event and will close when the silent auction at the live event closes, and you’ll be competing to win items alongside those who are at the in-person event. That’s right, people in-person will be have the chance to bid on these items too! 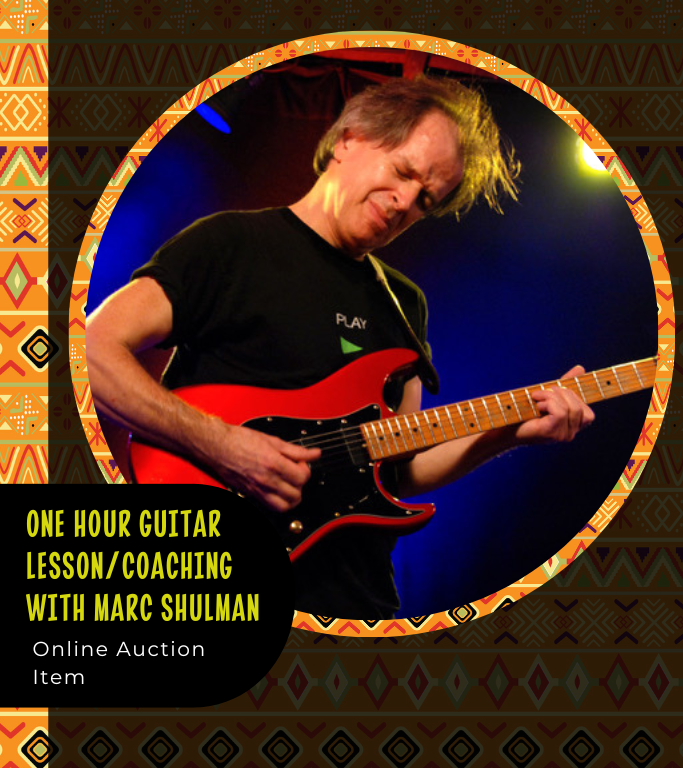 A 90-minute interactive Zoom workshop for an audience of up to 5 participants: “Pro Tips to Make Gorgeous Bouquets from Your Garden or Grocery Store.” Learn easy-to-remember design tips and pro secrets to extend cut-flower vase life. No design expertise required, just a love of flowers and fun. Learn the ABCs of organic gardening and farming. Share flower memories, when we first fell in love with flowers and what they mean to us. 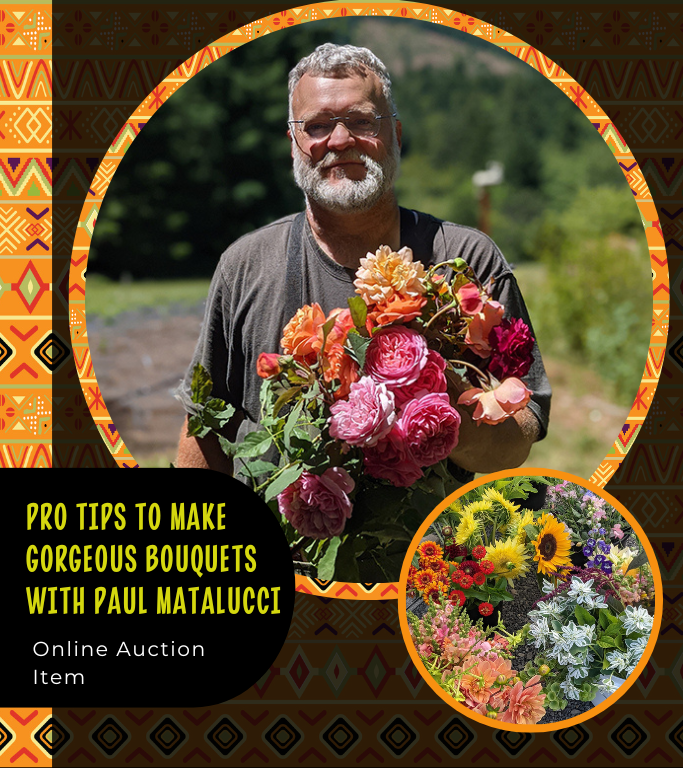 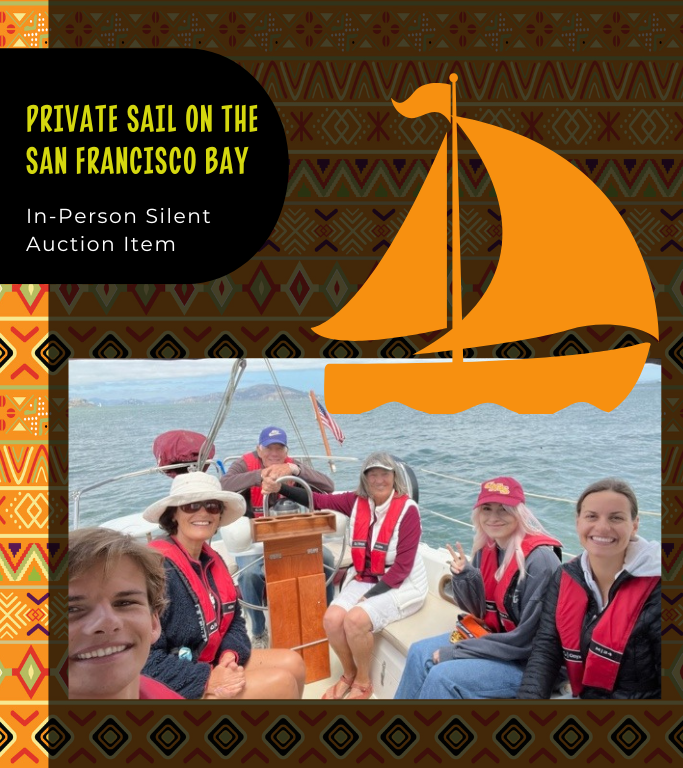 Ahoy, Mateys! Slip on those boat shoes and get ready to set sail on San Francisco Bay. Captains Steve and Cindy Rowe will take you on a wonderful adventure while you take in the spectacular views. Lunch included. 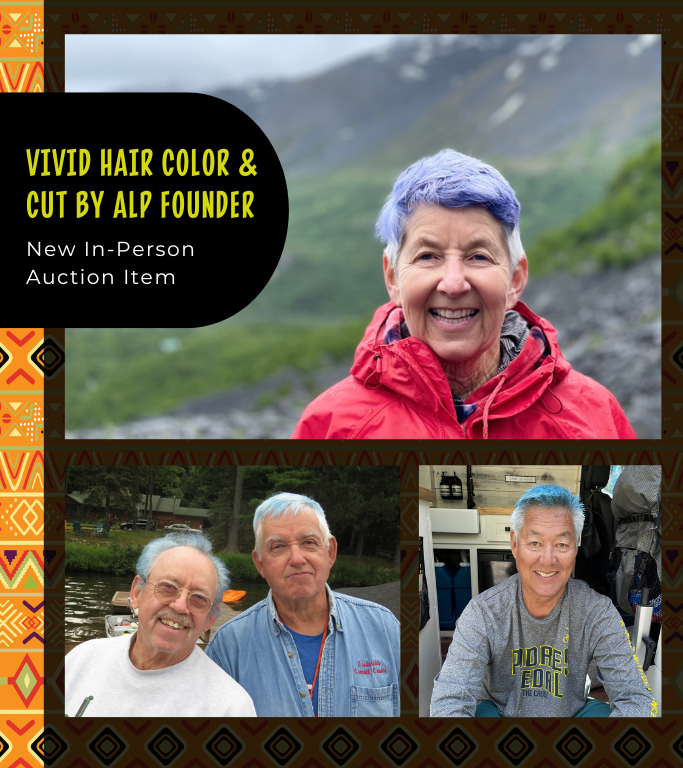 Is your hair grey or white? Wondering if a splash of blue, pink, turquoise, purple or red would add some zip to your look? It would! I’m not a pro, but have been cutting hair for the last 50 years and playing with temporary colorful hair for the last six years. Guaranteed we’ll have fun and where else can you get a new fun look and support African literacy at the same time?! 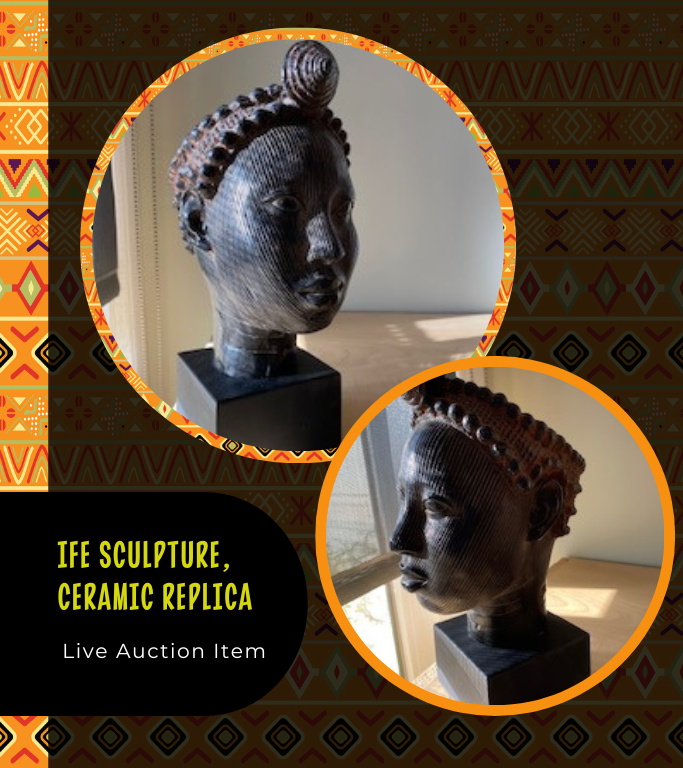 Ceramic Replica of an Ife Sculpture, Head with a Crown

The excellent ceramic replica of a head with a crown, represents one of eighteen copper alloy sculptures that were unearthed in 1938 at Ife in Nigeria, the religious and former royal centre of the Yoruba people. The original copper sculptures were probably made in the thirteenth-fourteenth century C.E., before any European contact had taken place with the local population. The realism and sophisticated craftsmanship of the objects challenged Western conceptions of African art at the time. The ceramic replica is very detailed and in excellent condition, signed in the neck by the artist MP NIG probably for Nigeria. The ceramic sculpture was purchased in the 1970s.

• Condition: Excellent Wear consistent with age and use.

Bid on this item at the live auction on October 22. 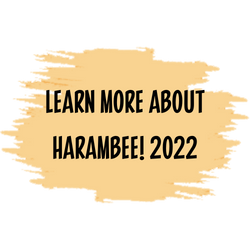