Principals get Punked for African Literacy 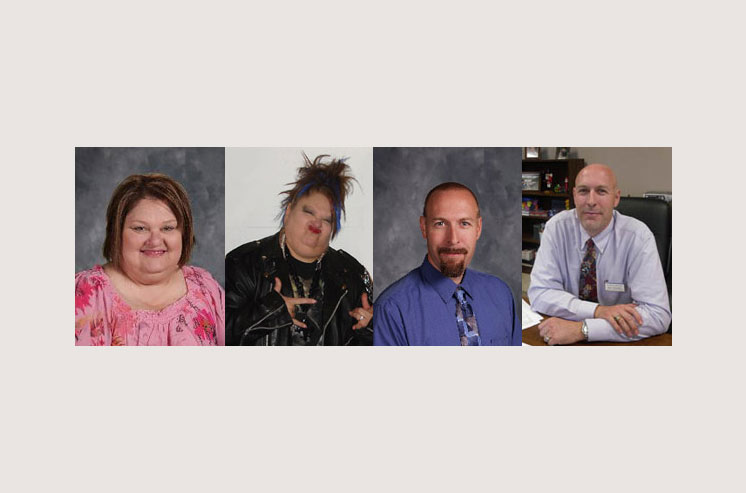 How far would you go to promote world-wide learning and literacy?  One school principal we know ate a live bug at a school assembly as a fundraising award. Another got a Mohawk haircut in front on the whole school.  And we know a librarian that literally read to her kids from the school rooftop to make a library possible.  On March 31, 2011, California, Missouri, school principals Terri Steffes and Matt Abernathy made an irresistible wager for ALP, and on May 9, demonstrated their devotion in front of the entire student body.

To an astonished Chris Bradshaw, California Elementary School Principal Terri Steffes promised she would “get punked” if her students could rise to the challenge of gathering yet another 1000 books to start a library in Africa.  This would be the third library founded by the California Elementary and Middle Schools just this year; the California School District has gathered books and funds for nine previous libraries over the past four years.

And sure enough, the students came through with 1360 books for their tenth library. As promised, during an all-school assembly, Mrs. Steffes was transformed by a team of stylists from mild-mannered principal into a totally rockin’, black-leather Principal of Punk!

Not one to sit idly by, California Middle School Principal Matt Abernathy promised to shave his head and face totally clean to promote the cause.  We hope his wife likes his new look … his goatee hadn’t been shaved in over 15 years.

“Tell these principals how awesome they are the next time you see them!” emails Heidi Loring, a teacher at the schools and a major force behind the schools’ continuing library efforts, along with teachers Nicki Kelley and Jill Meisenheimer. “We believe the abundance we have, especially of books, can be passed on to help others gain what we are all working toward . . . a lifetime of learning!”

What would you do to help the effort?  Our next deadline for book drives is December 10th for libraries in Lesotho.  It’s time to step up!   Start a book drive or make a donation today.  We promise not to make you eat a bug 🙂 !